Breslow likes new-look Red Sox00:01:44
Red Sox reliever Craig Breslow is happy to see the team fill out its bullpen with the offseason additions of Joel Hanrahan and Koji Uehara
Reliever Craig Breslow and the Red Sox have reached an agreement on a multiyear contract to avoid arbitration, according to a report on Yahoo Sports. The Red Sox have yet to confirm the deal, which would wrap up their arbitration cases for the winter. The deal was first reported on a tweet from Yahoo's Tim Brown, who said Breslow agreed to a two-year contract worth $6.5 million with an option for a third year that would bring the total package to $10.5 million, all pending a physical. Breslow, a 32-year-old left-hander, pitched in 63 games last season, 40 with the D-backs, before being traded to the Red Sox. In his 23 outings for Boston, he posted a 2.70 ERA -- the same ERA he had with Arizona. Breslow graduated in 2002 from Yale University with degrees in molecular biophysics and biochemistry, and was drafted in the 26th round by the Brewers. Since, he has pitched in seven different organizations, solidifying his Major League status with three straight years of 60-plus appearances with the A's from 2009-11
By Michael Brinius at January 20, 2013 No comments:
Email ThisBlogThis!Share to TwitterShare to FacebookShare to Pinterest

BOSTON -- The Red Sox have finally landed right-handed-hitting slugger Mike Napoli, but it won't be for the three-year, $39 million pact the sides originally agreed on back in early December. Instead, Napoli, according to a baseball source, has agreed to terms on a one-year, $5 million deal, with incentives that can bring it up to $13 million. The new agreement was first reported by Rob Bradford of WEEI.com. Red Sox general manager Ben Cherington had nothing new to report on Napoli's status on Thursday night, but he acknowledged that the sides are moving closer to an official announcement. "We're making some progress," Cherington said prior to a taping of NESN's Red Sox town hall meeting in Providence, R.I. "It's fair to say we've made some progress in the last day or so. Hopefully, we'll have something more formal to say soon, but not tonight." When Napoli underwent a physical in Boston last month, the Red Sox spotted a hip issue that stalled the contract from being consummated. The sides spent 45 days trying to make a deal that worked for both parties before reaching common ground on Thursday. Napoli will be Boston's starting first baseman and will give the team some thunder in the middle of its lineup to complement lefty slugger David Ortiz. "We like his offense in Fenway; we like the versatility," Cherington said of Napoli in December. A catcher most of his career, Napoli might get to serve in that role on a part-time basis for Boston, but the primary reason the Sox acquired him was for his bat. The Red Sox are already deep at the catching position, with Jarrod Saltalamacchia, David Ross and Ryan Lavarnway vying for playing time. Napoli is a powerful pull hitter who is a strong fit for Fenway Park, where he is a .307 hitter with nine homers, 20 RBIs and a 1.138 on-base plus slugging percentage in 75 career at-bats, including the postseason. The 31-year-old Napoli hit .227 with 24 homers and 56 RBIs for the Rangers in 2012, making his first All-Star team. The Red Sox hope Napoli can get back to the level he was at in '11, his first year with Texas, when he hit .320 with 30 homers, 75 RBIs and a 1.046 OPS. Napoli has played 727 games in the Majors, hitting .259 with 146 homers, 380 RBIs and an .863 OPS
By Michael Brinius at January 18, 2013 No comments:
Email ThisBlogThis!Share to TwitterShare to FacebookShare to Pinterest

In 2011, Ellsbury finished second in the American League Most Valuable Player Award voting, hitting .321 with 32 homers and 105 RBIs. But 2012 marked the second time in three years that Ellsbury was plagued by an injury. In Boston's home opener, Ellsbury suffered a partially dislocated right shoulder and didn't return until July. For the season, he hit .271 with four homers and 26 RBIs in 74 games. The deal for Ellsbury comes a day after the Sox also avoided arbitration by signing catcher Jarrod Saltalamacchia to a one-year contract. Aceves served as Boston's primary closer for much of last season and recorded a career-high 25 saves. He finished second among AL relievers with 84 innings and averaged a career-high 8.04 strikeouts per nine innings while going 2-10 with a 5.36 ERA in a team-leading 69 appearances. Bailey was limited to 19 games last year after opening the season on the 60-day disabled list recovering from right thumb surgery. He posted a 1-1 record with six saves, a 7.04 ERA and 14 strikeouts. Bard, 27, appeared in 17 games last season, including the first 10 starts of his career, and went 5-6 with a 6.22 ERA. In 209 big league appearances with the Red Sox over the last four seasons, he is 10-19 with five saves, a 3.65 ERA, and 251 strikeouts. Hanrahan, who was acquired by the Red Sox in a six-player trade with the Pirates on Dec. 26, went 5-2 with a 2.72 ERA and 67 strikeouts over 59.2 innings in 63 games with the Pirates in 2012. Miller, 27, went 3-2 with a 3.35 ERA and 51 strikeouts compared to 20 walks in 53 relief appearances last year. He posted career-best marks in games, holds (13), ERA, WHIP (1.19) and opponents' average (.194). Morales made 37 appearances last season, including a career-high nine starts, in his first full season in the Red Sox's organization before missing the club's last 37 games due to injury. He went 3-4 with one save and a 3.77 ERA, struck out 76 batters and limited left-handed hitters to a .184 clip (18-for-98) with just two extra-base hits
By Michael Brinius at January 18, 2013 No comments:
Email ThisBlogThis!Share to TwitterShare to FacebookShare to Pinterest

With today's agreements, left-handed pitcher Craig Breslow is the only remaining unsigned Red Sox player eligible for salary arbitration
By Michael Brinius at January 18, 2013 No comments:
Email ThisBlogThis!Share to TwitterShare to FacebookShare to Pinterest

Tomorrow night at 7:30 PM the East Hartford Fire Department Hockey Team playing as CHL Night Train will take on the CHL Bees in Newington. The event is free.

By Michael Brinius at January 05, 2013 No comments:
Email ThisBlogThis!Share to TwitterShare to FacebookShare to Pinterest

Winter drifts by, the jobs too, and Mike Napoli is a Boston Red Sox player in MRI alone.
The Red Sox say they have nothing to report. Napoli's agent, Brian Grieper, says, as he did again Thursday afternoon, "We just don't feel the need to comment until this gets resolved."
Adam LaRoche (and a forfeited draft pick to the Washington Nationals) has become Plan B. Meantime, at the top of the Red Sox depth chart at first base: Mauro Gomez. At catcher: Jarrod Saltalamacchia.

Thirty-two days since they agreed to a three-year, $39 million contract, almost that long since the required physical, the Red Sox and Napoli remain in limbo. The issue, according to sources, is a hip condition Napoli may or may not have known about before the Red Sox got into his medicals, and then how the club can protect itself from it.

Mike Napoli and the Red Sox haven't come to an official agreement as of Thursday. (AP) …
The team's preference is Napoli over LaRoche, both for the preserved draft pick and the right-handed power bat. Napoli's preference, presumably, is the Red Sox and Fenway Park over a free-agency mulligan, this one with a health red flag. According to reports out of Boston, another organization has shown interest in Napoli, and maybe that's true, and maybe someone was hoping to prod the Red Sox into action.

While this seemingly could be solved with a two-year contract with a vesting option – games played, perhaps – for the third year, clearly Napoli has resisted major changes to the original agreement. The Red Sox apparently have resisted guaranteeing $39 million on a hip they don't trust. What they do know is their own surprise when the Texas Rangers did not make Napoli a qualifying offer, inaction that in hindsight seems, to them, telling.
So here they sit, Napoli taking the chance the Red Sox move on, the Red Sox taking the chance Napoli does. Perhaps they are a phone call from coming to terms. Yet, presumably, many phone calls have come and gone without resolution.
First base is among the final pieces in a Red Sox refurnishing that doesn't look half-bad. GM Ben Cherington has built a team he hopes can be sneaky competitive and knows will be more cohesive. Assuming the slightest bit of fight from a starting rotation that adds free agent Ryan Dempster, a healthy John Lackey and the reassuring hand of John Farrell, the Red Sox should not be the embarrassment they were in 2012. That probably doesn't push them to the top of the AL East, and maybe doesn't even pull them from the bottom, but it's progress.


Though he lacks the glove and instincts (and perhaps the bat) of LaRoche at first, and is coming out of a season in which he batted .227 and struck out in more than a third of his at-bats, Napoli would go along fine with what the Red Sox are trying to do. Or they could give up, swallow hard on the draft pick and sign LaRoche. They could trade for Mike Morse, assuming the Washington Nationals eventually come to agreement with LaRoche.
For the moment, however, the Red Sox seem content to see out the Napoli saga. And why not? There are still six weeks of limbo to be served
By Michael Brinius at January 04, 2013 No comments:
Email ThisBlogThis!Share to TwitterShare to FacebookShare to Pinterest

Hi I am looking for buffs to send in pic's every week.
By Michael Brinius at January 03, 2013 No comments:
Email ThisBlogThis!Share to TwitterShare to FacebookShare to Pinterest
Newer Posts Older Posts Home
Subscribe to: Posts (Atom) 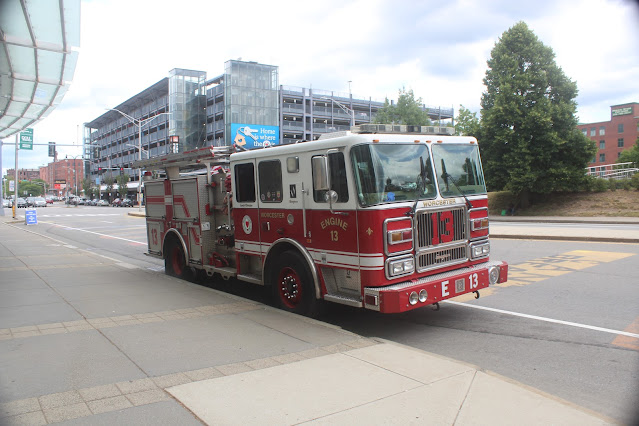